← more from
Fretsore Records
Get fresh music recommendations delivered to your inbox every Friday.
We've updated our Terms of Use. You can review the changes here. 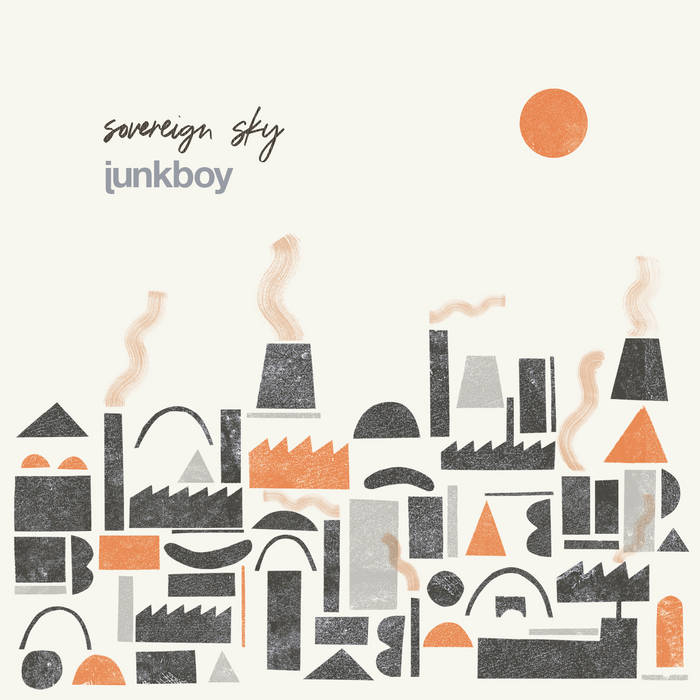 Tom Bristow Lilting, pastoral psychedelia perfectly in tune with Autumn. Like the dreamier, more intimate end of Shack/The Strands, you can imagine this sound-tracking a UK Wes Anderson film. Gorgeous stuff with a replica vinyl package to match...

Junkboy’s Sovereign Sky album is a case of art imitating art it was paying homage to. ‘We were so in love with lost, private-press albums of the hippie era’, explain brothers Mik and Rich Hanscomb, ‘that it was ironic the album became what we had taken so much inspiration from…’

Rich picks up the story. ‘It came out on vinyl in 2014. Our then long-time label decided to self-distribute with this release. We were psychedelic guinea pigs if you will. Alas, some genuine personal issues impacted the label’s ability to – put bluntly – get it into shops. The same issues meant digital distribution was nonexistent too’

So an album that received a full page four star review in Shindig!, praise from The Quietus, support from Gideon Coe at BBC6 Music …. yet not many people could actually hear the thing let alone touch it. Oh well, life goes on…
After signing with Fretsore Records, in 2019, brothers Mik and Rich Hanscomb released their 'Trains, Trees, Topophilia' album to critical acclaim from Mojo and Uncut amongst others. Fretsore’s Ian Sephton signed the brothers after being one of the select few who fell in love with Sovereign Sky first time round. He suggested re-releasing the album on all digital platforms and on digipack CD.

Says Mik ‘we used this as an opportunity to go back to the tapes and improve the sound for digital release utilising our home studio’s new outboard gear and tech acquired in the interim period. And the benefit of hindsight!’

Sovereign Sky channels the kind of music Mik and Rich have listened to since youth. A Thames Estuary take on the lo-fidelity, budget -baroque of the first Cardinal LP and the vintage mellifluousness of The Lilys. There’s also a healthy dose of British Romanticism - an imaginary Albion in their heads somewhere between the socialist utopia of William Morris and Bob Stanley’s Gather In The Mushrooms compilations- while their hearts lie sun-kissed and blissed in Southern California like a pair of burnt out troubadours in deck shoes sourced with meticulous discernment from the Shebuya Kei district of Tokyo.

‘And yes’ confirms Rich, ‘we were enamored with so many (often) home studio cooked and lost West Coast psych records – A Gift from Euphoria by Euphoria, Save for a Rainy Day by Jan & Dean, Another Day, Another Lifetime by The David, Initiation of a Mystic by Bob Ray, The Smoke’s self-titled album, Marc Eric’s A Midsummer’s Day Dream, anything by Merrell Fankhauser….’

Sovereign Sky is a meditation on place and the past, of emotions experienced and rekindled, of futures anticipated and dreamt of by two brothers growing up together sharing a life not a career in music.

Enjoy the soul invigorating wash of sound that is Salt Water replete with field recordings and aqueous guitar solo, the California-as-a-state-of-mind-even-when-you’re-growing-up-in-suburban-Essex beauty that is Release the Sunshine, the avant-folk-funk stomp of Amber Glow as well as a host of other tunes that sparkle like a diamond sea.

Presented here in an enhanced format that manages to transcend even the original vinyl’s beauty, Sovereign Sky is a Nugget that deserves to be a little less lost and a lot more loved.

'The Chad & Jeremy or Thorinshield of the 21st Century...the soundtrack to a fading summer as the leaves start to turn and the light draws in...a lovely little thing indeed'.
- Shindig!

'Sovereign Sky suggests the richly melodic, harmonised West Coast sunshine pop and folk rock of the Beach Boys and Love, but also Manfred Mann's pastoral-urban, jazz-rock soundtrack to Up The Junction; melancholy, early 70s bedsit folkies like Duncan Browne and Brian Protheroe, and indie label dreamers and romantics from the Lilac Time to Shack, St Etienne to Mojave 3. It's California sunshine and English rain; an imagined record, carefully constructed to summon a certain mood, poised on the cusp of ecstasy and sadness, everything shot in bittersweet soft focus'
- The Quietus

Junkboy are brothers Rich and Mik Hanscomb, the group originated from Southend-on-Sea in the late nineties. Their music has encompassed different genres over time from space rock to post rock, and now a more song based sound. Junkboy often use other musicians to bolster their studio productions. ... more

Bandcamp Daily  your guide to the world of Bandcamp